A visit to legendary Chateau Montelena has been on my bucket list since I learned about The Judgement of Paris – the seminal 1976 blind tasting event that pitted new-kid-on-the block California wine against the great wines of France. If it sounds like an epic battle, that’s because it was.

At the time, it was widely held that France ruled the wine world and all roads led to Paris. A young, intrepid British wine merchant named Steven Spurrier wasn’t so sure. Spurrier ran a successful Paris wine shop – Les Caves de la Madeleine – and wine school – L’Academie du Vin – and was an unabashed fan of French wine. He’d recently tasted California wine and found them surprisingly good… so good, in fact, he wondered if they might beat the French at their own game. At the time, French wine shops carried mostly French wine. California wines had limited production and almost no international distribution, so the French wine cognoscenti lived in a bit of a bubble.

Spurrier and his American wine school director, Patricia Gallagher, stealthily built a list of the best California wines. Eager to shake things up in the wine world, and build his own business, Spurrier flew to California to investigate importing California wines. He travelled the back-roads of Napa meeting humble farmers and start-up winemakers pitching the opportunity of a coming-out competition between California and French wines. He returned to Paris with 24, European-styled Chardonnay and Cabernet Sauvignon wines and proposed a blind, France vs. California taste-off to nine, highly esteemed, French wine experts.

The results of this tasting turned the wine world on its head.

When the French judge’s blind tasting scores were tallied, two California wines –1973 Chateau Montelena Chardonnay and 1973 Stags Leap Cabernet Sauvignon – had the highest white and red scores, beating the best Bordeaux and Burgundy on the planet. The French judges’ tasting notes and scores became headline news around the world and a big, fat, juicy, scandal ensued (including Spurrier being temporarily banned from the vineyards of Bordeaux and Burgundy). It was a classic real-life underdog story.

The Judgment of Paris opened the door to a new chapter and a “new world” of wine and as Alan Rickman (playing Spurrier) says in the story-turned-movie, Bottle Shock, “Welcome to the Future.” (For the record, Spurrier is NOT a fan of the movie and found his snobbish portrayal ‘deeply insulting’.)

Napa and Sonoma – the heartland of the American wine industry

Fast forward 41 years and I just HAD to pair a visit to the venerable Chateau Montelena with my trip to the Wine Blogger’s Conference in Santa Rosa.

I arrived a day early and drove from Sonoma Airport in Santa Rosa to Calistoga. The Google Map directions that sent me along Mark West Springs Road and over the Mayacaymas Mountains, did not prepare me for the new challenge facing Napa and Sonoma.

Like the rest of the wine-loving world, I was glued to my phone, computer, television and any other news platform available on October 9, 2017 as the news of the unimaginable Napa and Sonoma fire devastation spread. Images from the Tubbs fire in Santa Rosa and the hill fires in Atlas Peak, Silverado and Nuns, which killed 42 people and destroyed over 8,400 homes and buildings, seemed too apocalyptic to fathom. The route I followed from Sonoma County to Calistoga in Napa Valley was one of the hardest hit arteries as the fire roared west that night along Mark West Springs mountain road, igniting homes and businesses in its path, and then continuing it’s descent down the ridge line into the city of Santa Rosa.

Many of us travelling to this conference were now going specifically to support the winemakers in the region. I’ve visited enough wineries, met enough winemakers and worked enough harvests to know how much sweat equity and prayer goes into a vintage. Many folks equate the grand Napa wineries and tasting room fees, with wealth and pretention. The reality is, for every Opus One there are hundreds of 1,200 case winemakers who rely on tasting room visits to sell their wine and pay their employees. Plus, this is Napa and Sonoma – heartland of the American wine industry and makers of some of the world’s best wine. As wine writers we wanted to help, in whatever way we could.

My visit to Chateau Montelena was an emotional one. The Chateau was as glorious and grand as I had envisioned, the David and Goliath story underpinning it’s success, documented throughout the English Gothic building’s tasting rooms.

The trauma of the drive along the wildfire route was difficult to shake, but I was happy to see the fires hadn’t affected this beautiful, historical site. In fact, throughout Napa and Sonoma, the moisture in the soil and vines acted as a natural firebreak, slowing the fire’s progression. At the end of the day, while there was tremendous loss of life and horrific structural damage, only five wineries in Napa burned down. And, as Patsy McGaughy of Napa Valley Vintners – a presenter at the Wine Blogger’s Conference reassured us – the vines will be pruned back and the grapes will return in the spring. New life in the vineyard will be the best kind of medicine for the growers and vintners who call Sonoma and Nappa home.

Not your usual November Traffic

There were just three people in the tasting room at Chateau Montelena when I arrived. November in California is usually one of the wine industries busiest months with fall colours and glorious 60-degree temperatures offering respite from summer heat and thirsty crowds. A one-hour wait to taste the wine here is not uncommon. 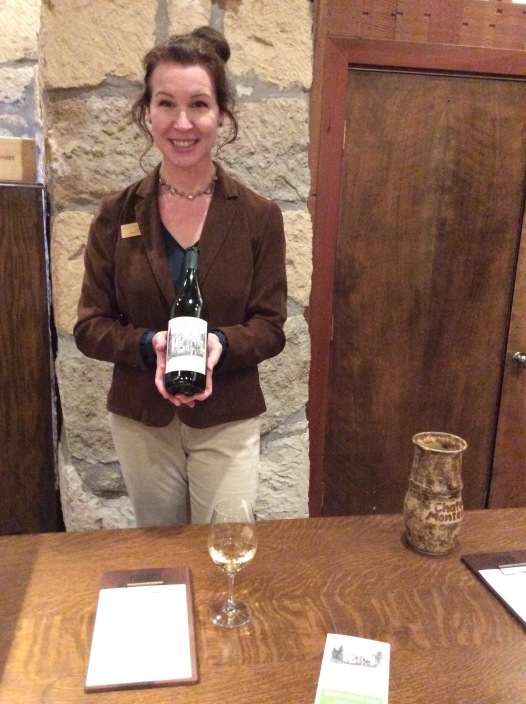 Amy Biege, the tasting room manager poured me a glass of 2015 Chateau Montelena, Napa Valley Chardonnay – the white varietal that put California on the map. It was crisp, delicate, beautifully balanced and deliciously opulent with stone fruit, bin apple and gentle toast notes on the palate. Amy escorted me to the back tasting room and allowed me to wander through Chateau memorabilia including further documentation of the Judgment of Paris win in 1976.

When she heard I was Canadian, she wanted me to try Chateau Montelena’s 2016 Potter Valley Riesling and compare wine styles. I am a huge fan of racy, cool climate Ontario Riesling, but the long growing season and heat of the 2016 Napa vintage, definitely added some sunshine and tropical notes to this delicious wine. 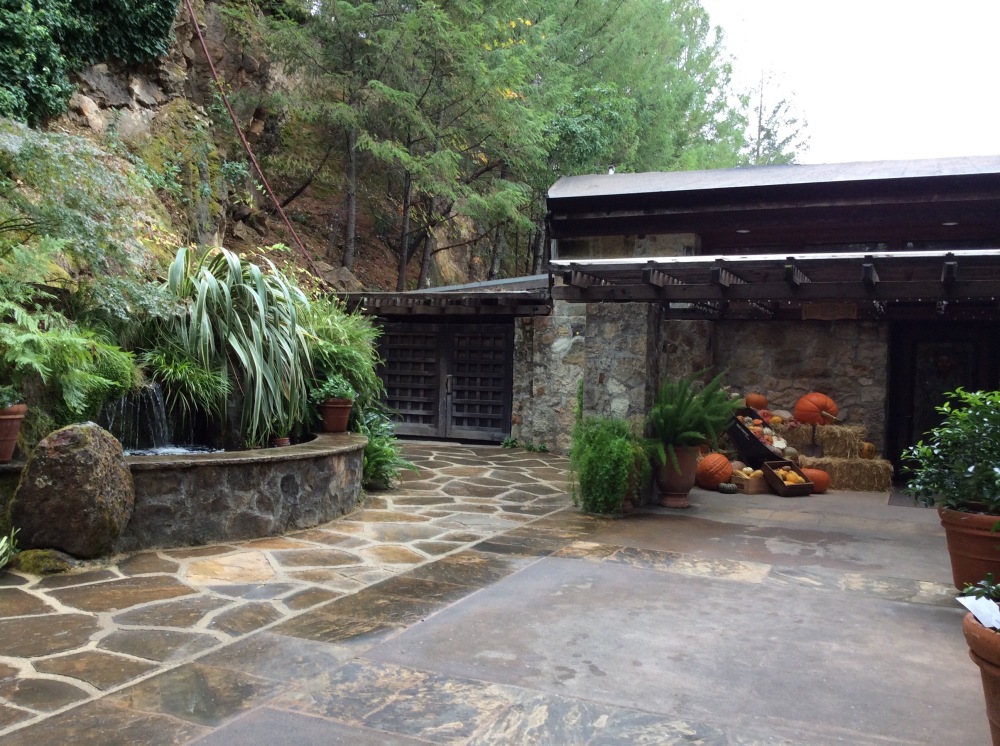 I can strike Chateau Montelena off my bucket list, for now. Ironically, as I left, light rain was falling and birds were chirping, camouflaged by the spectacularly green hillside flora and fauna of this serene retreat. I’ll return next time with family and friends in tow – to share the lore, the love, and enjoy more wine.

I sincerely hope wine lovers will return to this region, soon, to enjoy the spectacular 1888 chateau and to indulge in the beautiful wines Chateau Montelena produces.